Space Commerce: "Is Canada Ready for the Next Frontier?"

As of February 1, 2021, the global space economy was estimated to be worth USD $423 billion. In stark contrast to this global figure, Canada’s portion only accounts for USD $2 billion, and with an expected annual growth of only 1.3%. For Canada to reap the benefits of this emerging economic frontier and secure its future prosperity, the private sector along with government support must forge strategies that facilitate and accelerate Canadian companies’ active participation in the global space economy.

Forecasts by leading investment banks projected that the global space sector would reach USD 1 to 3 trillion by 2040. Irrespective of the firm or the metrics used, these projections have stimulated action from both the U.S. and, to a lesser extent, the Canadian government. Indeed, as the focus on space shifts from a military domain, the next space race will be profit-driven. This was made clear during the 2020 World Economic Forum’s A New Space Race event. The increased activity and growth in space commerce can be attributed to advances in technology, low launch costs and favourable financing mechanisms. Equally critical, however, has been enabling government action in the form of strategic policy and regulatory reform. All of this will continue to be critical as the industry is set for exponential growth within the next 20 years.

Both the U.S. and Canada have leveraged projections by investment banks to establish policies and encourage private investments to support their respective space sectors. Canada responded by issuing Exploration Imagination Innovation: A New SpaceStrategy for Canada in 2019, which directly references one of the banks: “Morgan Stanley forecasts that in the next 20 years, the global space economy will nearly triple in size, from USD$350 billion in 2017 to USD $1.1 trillion in 2040.” The U.S. Secretary of Commerce, Wilbur Ross stated that space commerce “will become a trillion-dollar [industry] sooner than anyone realizes,” when establishing the United States Office of Space Commerce (USOSC) to implement a whole of U.S. government approach to Space Commerce. Both Secretary Ross and the former Minister ofInnovation, Science and Economic Development (ISED), the Honourable Navdeep Singh Bains reference the investment banks’ projections. Though they may attract government attention, predictions alone are not self-fulfilling prophecies. To be attained, predictions need effective government measures that are in turn based on real growth and a clear understanding of what constitutes ‘space economy.’

Next year marks the sixtieth anniversary of Canada becoming the third country in the world to launch a satellite into space, that seems like the perfect time to build on what has been achieved with a bold strategic growth plan for the future.” says Dr. David R. Williams.

Despite market optimism, some are critical of how the space economy’s valuations, compounded annual growth rates and projections are conducted by investment firms. For instance, skepticism about these projections is voiced by the Science and Technology Policy Institute (STPI), operated by the Institute of Defense Analyses, a federally funded American research center. STPI’s recent publication, Measuring the Space Economy: Estimating the Value of Economic Activities in and for Space, provides a critical analysis of estimated growth rates and projected worth of the economy by limiting the scope of what constitutes space revenues and leveraging reported estimates from the Satellite Industry Association, the Space Foundation and the OECD. STPI defines the space economy as being limited to the “value of goods and services provided to governments, households, and businesses from space or used to support activities in space, and excludes activities that are enabled by space, but are primarily generated terrestrially.” This is in keeping with the Harvard Business Review, which distinguishes the space-for-space economy from the space-for-earth economy. The latter is booming. It includes government expenditures, telecommunications, internet infrastructure, earth observation capabilities, national satellites etc. A limited definition of space economy is important since it allows the government to establish targeted policy objectives, update existing instruments, and empower space-related activities, as exemplified by the USOSC.

Before their departures in January 2021, both the U.S. Department of Commerce’s Secretary, Wilbur Ross, and the Director of Office of Space Commerce, Kevin O’Connell, highlighted the Department’s Accomplishments in advancing U.S. Space Commerce. Under their tenure, the Department of Commerce (DoC) revitalized the USOSC to execute on the Department’s space-specific objectives while acting as an industry advocate within the federal government to promote commercial space opportunities. The USOSC coordinated directly with industry to “learn what government actions and policies [were] needed for the industry to flourish.” Notably, special attention was given to the regulatory reform needed to advance the U.S.commercial space sector. To illustrate, the USOSC, in concert with the National Oceanic and Atmospheric Administration’s Commercial Remote Sensing Regulatory Affairs (NOAA’s CRSRA) decreased licensing timeline for private remote sensing satellite systems while increasing transparency for stakeholders. Also, the USOSC’s work in guiding the Space Policy Directives-2, is noteworthy for its ability to streamline regulations on the commercial use of space across U.S. federal Departments.

Under Kevin O’Connell’s leadership, the USOSC led many interagency initiatives, ranging from work with the Federal Communications Commission, the Department of State, Department of Defense and NASA. It also promoted international partnerships by signing a Space Cooperation Agreement with Luxembourg, a declaration of intent with France’s Space Agency (CNES) and the Australian Space Agency. Working with theState Department, USOSC took part in the US-Japan Comprehensive Space Dialogue and discussions with Commonwealth countries. The USOSC, as part of an American delegation, was also steadfast in promoting the American private space sector at the United Nations Committee on the Peaceful Uses of Outer Space. Impressively, all these accomplishments were guided by a single Strategic Objective from the DoC’s Strategic Plan for 2018-2022, “Accelerate American Leadership” in space. Its premise acknowledges that “advancement of commercial space activities [have] created profitable opportunities.”

USOSC’s accomplishments in such a brief timeframe cannot be overlooked or underestimated. Notwithstanding some skepticism, consolidation of commercial space activities into a single Office of Commercial Space proved successful. The lessons learned from this initiative can and should be leveraged to accelerate Canada’s commercial space sector. Canada has been one of the early spacefaring nations, but it needs swift, transparent, and sustained momentum to champion and consistently support commercial space stakeholders. Currently, responsibility for the co-ordination of space policies and programmes falls to the Canadian Space Agency (CSA) under the Department of Innovation, Science and Economic Development (ISED). The CSA tracks the space sector’s economic value annually in the State of the Canadian Space Sector, which provides an overview of how the sector is faring. Working closely with academia and industry, the CSA gathers economic data that is communicated to the OECD. However, the CSA’s mandate does not extend to advocacy for or between the commercial and defence sectors or propose government-wide regulatory reform.

To a limited extent, advocacy for the commercial sector within the Government of Canada (GOC), is conducted by the Space Advisory Board (SAB) through public consultations with stakeholders. Some of the SAB’s recommendations are reflected in Exploration, Imagination, and Innovation: A New Space Strategy for Canada. Specifically, the main recommendation was that space is “recognized as a strategic national asset essential for Canada’s sovereignty, security, and economic growth. ”Unfortunately, recommendations specific to regulatory reform needed to address emerging technologies were not as clearly articulated in Canada’s new space strategy. Unlike the USOSC, the SAB does not pro-actively and consistently advocate for the space sector. Nor does it drive regulatory reform or facilitate engagement with relevant federal departments. The speed at which the space sector is growing requires sustained and accessible advocacy for Canadian start-ups to thrive in a global economy in competition with the United States, Russia, China, Japan, the European Union and the Middle East.

The process of Canadian regulatory reform is underway. The process, however, remains scattered across various federal entities. To illustrate, all satellite communications are governed under the Radiocommunication Act, which is administered by ISED, as well as the Telecommunications Act, and the Broadcasting Act, which are regulated by the Canadian Radio-television Telecommunications Commission (CRTC). On the other hand, the Remote Sensing Space Systems Act is under Global Affairs Canada’s authority. Transport Canada regulates launch activities as per the Aeronautics Act which is administered by the Minister of Transport, the Minister of National Defence and the Minister of Public Safety and Emergency Preparedness. This patchwork quilt of legislative and regulatory authority makes stakeholder engagement with the Canadian government cumbersome and delays access to the marketplace, especially for emerging companies.

The structure and accomplishments of the USOSC could inspire Canada’s ISED to take a GOC leadership role by providing similar support measures and building a one-stop shop for businesses to engage with relevant government entities. Foresight and longevity beyond the SAB’s sporadic consultations are vital in addressing future industry challenges. For instance, the USOSC’s summits on space finance, space insurance, and civilian space traffic management highlight issues that domestic companies will inevitably face. By establishing a similar bureau within ISED or perhaps reinforcing its Aerospace, Defence and Marine Branch (ADMB), Canada can be better positioned to address current issues and foresee new ones.

The Canadian space sector can grow beyond its current annual growth rate of 1.3% and contribute beyond USD $2 billion to its GDP. The future of space is expected to be predominately commercial, and Canada must be positioned to promote and protect its commercial space sector. For all Canadians to benefit, political leadership must be exercised at the highest level and across government to ensure that Canada does not lag in the race to commercialize space. Together, the private sector and all levels of government must forge a common strategic vision in order to ensure that technological innovation, corporate profitability, national security, and economic prosperity remain at the centre of our shared future.

This piece was originally published in the Canadian Defence Review and is republished here with the permission from the publisher. The full PDF version of the article can be downloaded here. 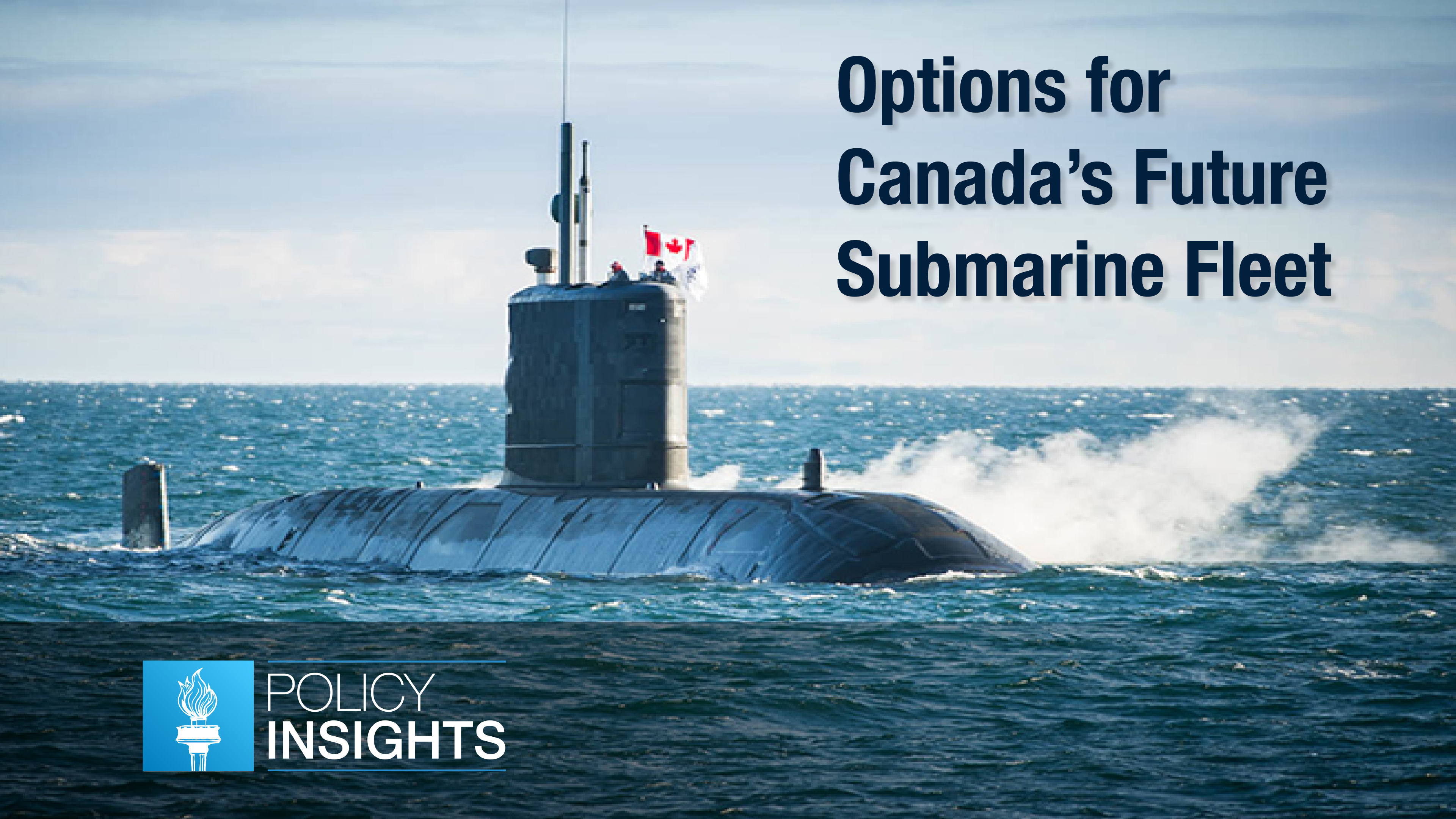 Created on:
Deadline 2036: Assessing The Requirements And Options For Canada's Future Submarine Force 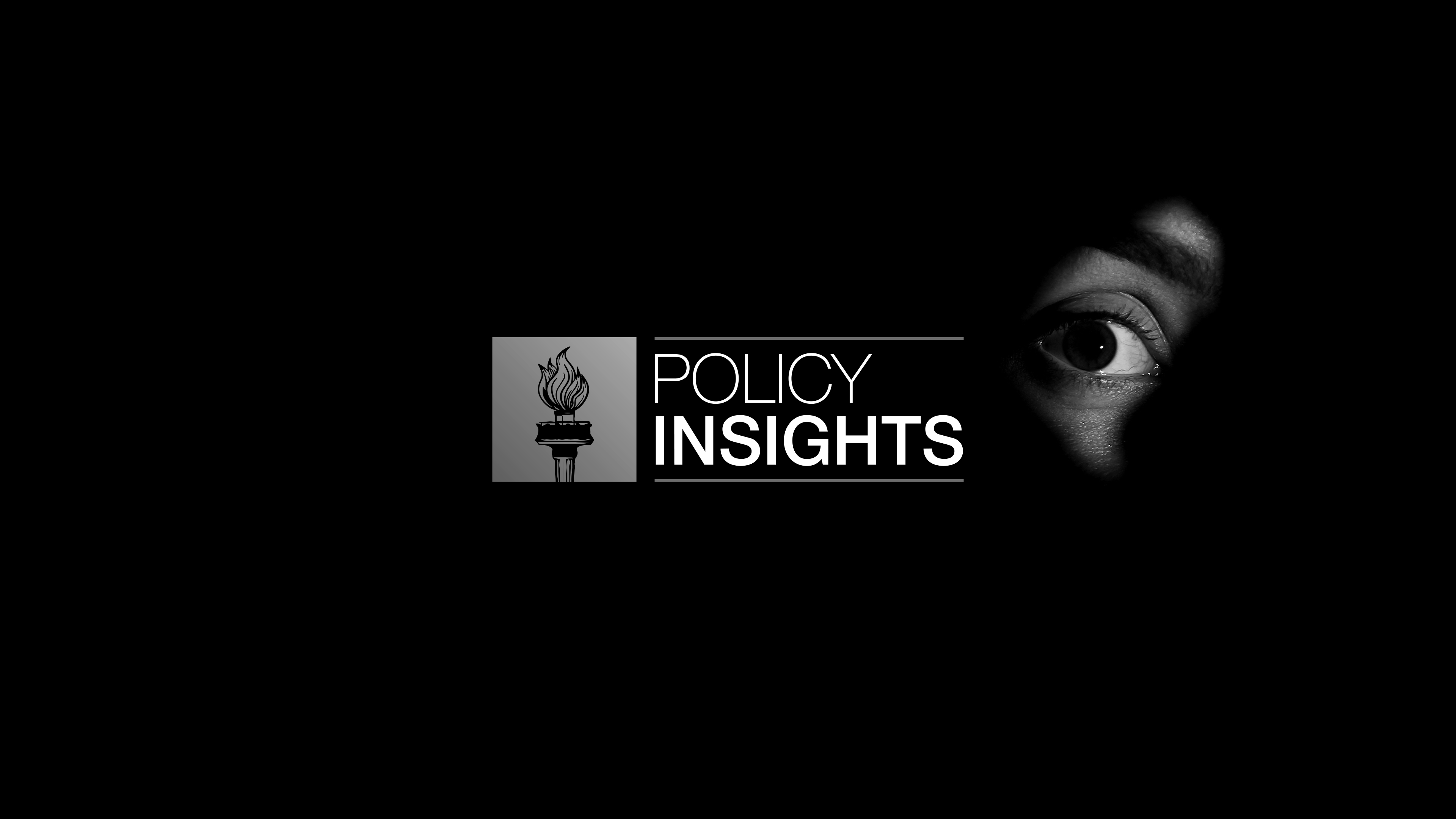 Should Canada Have a Foreign Intelligence Service?

Created on:
Do we need to send Canadians abroad to spy on our enemies? 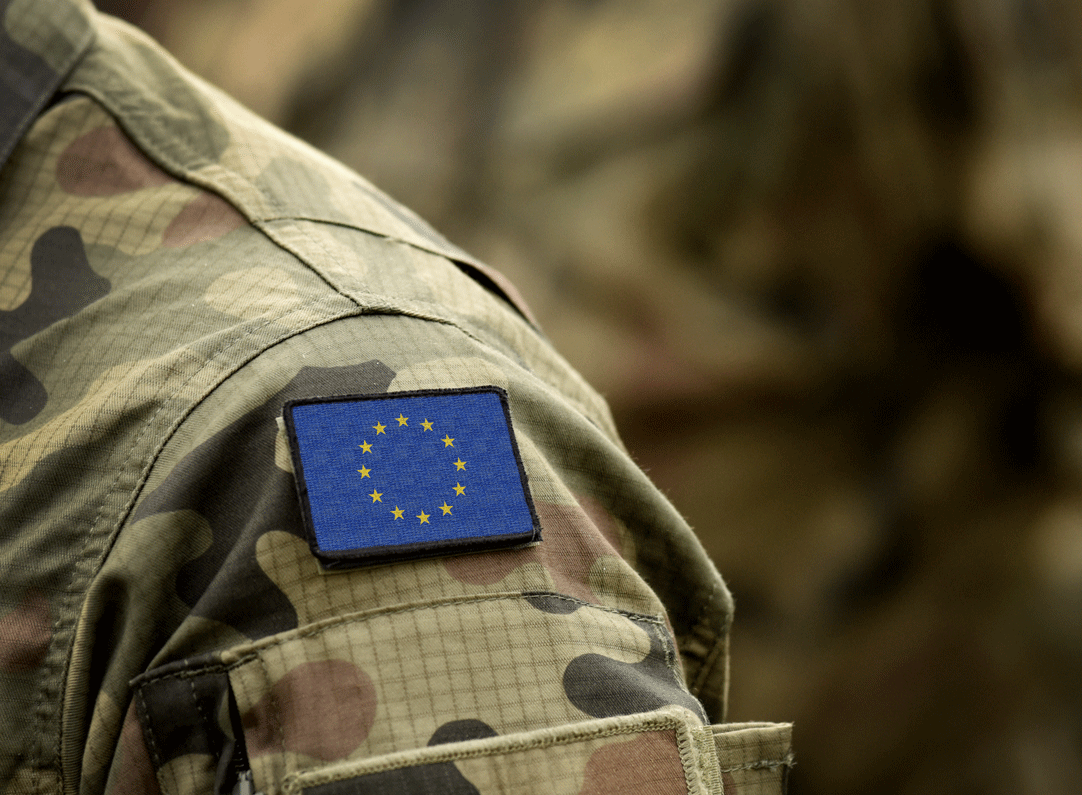 Created on:
How allied European armies integrate their emerging technologies on the modern battlefield is today’s problem. Finabel’s webinar sought to outline some dimensions of the challenges of embracing innovative technology.

Options For Canada's Future Submarine Fleet
Should Canada Have a Foreign Intelligence Service?
Space Commerce: "Is Canada Ready for the Next Frontier?"

Copyright 2022 ©.
The Policy Insights Forum is a Member of the Samuel Group of Companies.
Built in 🇨🇦